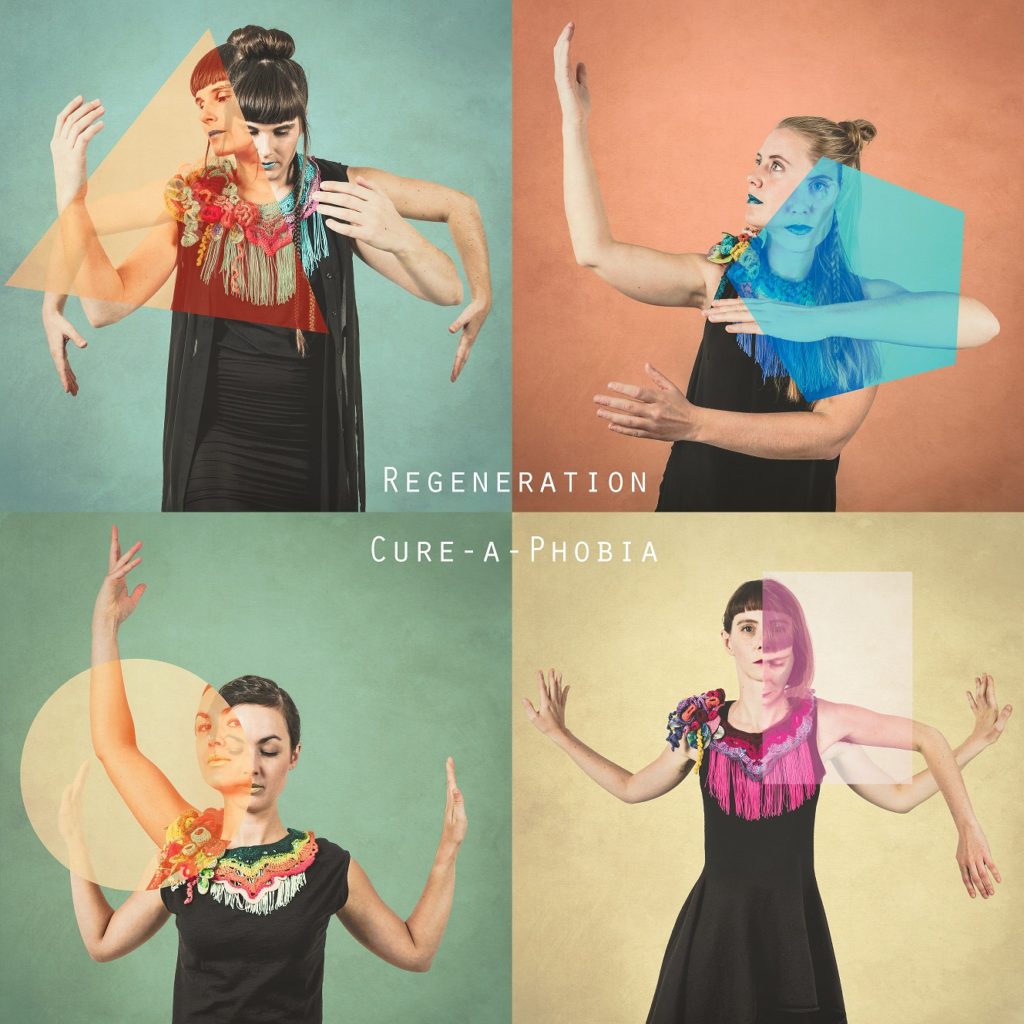 On January 18, 2019, we released our third album Regeneration on Comedia.

“Yes, it affects this record, it actually does.” “Music I want to close my eyes to.” “The carefully written lyrics weigh heavily”, “There is a feeling of light, creamy caramel over this album … it melts in your mouth but sticks a little, a little in your teeth, and one gladly takes one more.” “A little like the best kind of intoxication.”
– Stina Tobiasson, Lira

“Full of songs that bends and bowes and grows into organic arrangements. And in large parts, the album is a
settlement with the world order, not least with distorted gender roles.
– Esmeralda Moberg, Klingan in Swedish Radio P2

“It’s a feminist statement par excellence in parts but also an excellent record featuring a subtle cabaret style, interspersed with freeform jazz improvisation.” “Lead vocalist Jenny Nilsson delivers a highly Kate Bush-like song in a manner the Bexleyheath lady (Kate) would undoubtedly admire and then does it again and again throughout the album.” ”I recommend everyone listens carefully to their brilliantly crafted lyrics.” “Emotions vary from sadness to playfulness; it is light but dark at the same time.”
– David Bentley, Nordic Music Scene

“Cure-a-Phobia acts with finesse and feminist anger”.
“The outcome, as it appears on this eleven track album, is a refined variant of the concept of origin: slightly more subdued and a bit more pop-oriented, but still playfully scattered and quite wide sprawling. Imaginative arrangements and a studio with swing doors …”
– Håkan Engström, Sydsvenskan